If you feel a ban has been made in error, appeal it here.
Locked
19 posts

Abusing teambalancer is not fair.

U already was warned few times for that and had a ban.U should know the rules already.

And lying that I kicked you... pffff


Parolo wrote:i wanted to spectate but it was too late cuz she banned me ...

Also a lie. After u joined u just continued to play.
U was not banned immediately. It took me a bit time to be killed (was playing myself), to open web admin and ban you.

And Parolo you are not a fair player/etc. U try to team kill or ram players so often that Im even surprised you are not permabanned yet. 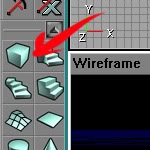 If you like ramming etc leave it to OLDZ maps where your allowed Parolo.
Top

If this person isn't Phobos/Janissary/Martyr/Bastardo then I'm a monkey's uncle.
Top

i guess its Romangnoli. permabanned for ramming, teamkilling and TB abuse.
Top

4 th ban was not fair , i didint know that i teambalancer abuse
Top

At first u said that I kicked you - it didn't work. It was lie.
You said it again - nothing in the result.
After u said u wanted to go spec - this lie didn't work again.
Now you are saying that u was not aware at all. Sure man...

There is nothing left to talk about here. Locked.
"I shall listen to Roy Orbison - "It's Over" in memory of Hamish" - Azarael
Top
Locked
19 posts