I think about 4 seconds should be fine
Top 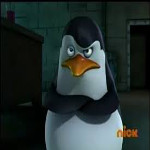 Pending Changes made:
-Added two picture credits to level. (One for myself and one for the creator of the respawning barrels that are now in use.)
-Barrels have been upgraded to respawning barrels(created by Gloups). The respawn time for the barrels is set to 180 seconds or three min. I modified the config for Gloups respawning barrels to use the default ut2004 barrel explosion animation and damage radius.
-More colored barrels have been added.
-Reduced some barrels to help with the lag problem.
-Special button wait time has been reduced to 180 seconds.
-Objectives have been increased to 15 and requires a vehicle and player sacrifice to complete objective. Players will no longer be required to return to base or forced back to base when objectives are completed.

Problem:
-I have changed the damage radius on the respawning barrels, however I haven't been able to find out where to change the damage from barrels. The damage is to high and is causing barrels near an exploding barrel to explode which would not explode with the default damage value. Also its causing map to crash when multiple barrels explode due to a what appears to be a infinite script recursion.