**Disclaimer** Many epic trolling and tears are featured in this topic. Parental guidance is advised. Reduced force application on tractor and repulsor beams by about 40%

Meat Vision will not highlight targets hidden behind any colliding world geometry.

Could you express in laymans terms what the range on the A49 now is?

I feel HMC has been over nerfed. In order to push people off maps you need close to 66% accuracy. Now with 40% less force, you'll have to hit 40% more times, which is close to 100% acc. Weapon went from usable on some maps, to unusable on all maps. It does not justify a main weapon load-out slot for healing beam alone.

A49 range will be halved.

X-83 change is to prevent acquisition of a target and then the tracking of that target through walls. It currently works as a flawless one-target wallhack.

The HMC was never intended to push people off maps. The HMC was intended as a major support weapon. Tractor Beam and Repulsor Beam were meant to prevent escape and repel melee attackers, not to Git with.
Top 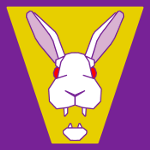 Now I'll only be able to block maybe 90 damage with the volt mitts along with pretty significant drop in healing potential. Great, now how am I not going to be last place when I play with 300 ping and 10 FPS?
Top

heya got question about deployed weapons, yesterday i had deployed sniper and when i tried activate booster combo it didnt worked? is it ok that you cant use any combos while you deployed?

When you are deployed, you are actually the deployed weapon, which counts as a vehicle, and your player is a satellite behind that vehicle.
Top

HMC is being overnerfed to shit and by far is not worth a main weapon slot (first inability to kick players from mounted guns, then 40% push force loss, then damage loss, now range atten), only usage that remains now is healing, for which defibs serve better. While we all have our opinions about the weapons and it's perhaps probable that at some points they are the opposite though I still kinda have to accuse you for personal bias in the balance. HMC was abusable in open maps, where you could push people to their death and with sufficient accuracy the victim can do nothing else but HMC the you back with tractor beam, which results in fairly cheap kill in certain areas, which pretty much is all (RQs seem rather caused by ill composition of some maps towards gameplay: i.e Cannon Fodder -> farm when you're shot with the cannon to the other base; Hyperblast -> annoying lowgrav etc. There are no probs on FaceClassic / Barricade etc.).

Contradictory for deployed weapons (abusable in small maps or in areas where you can catch a lot players due to map design), where not only there is reduced damage by 50% (which doesn't really make sense: you have greater firepower at the penalty of being stationary, which sounds like a fair deal. This buffs you even more in combat (while the weapon is already stronger than undeployed) and also makes it more difficult to snipe you down from a distance, then in case of mounted sniper there is no real point either: if you mount it, and someone starts sniping you, the penalty for weapon deployment is that you have to leave it to get to safety fast) but also sandbags to prevent more incoming damage.
Top

Not worth the slot anymore.
Top

Generally a weapon which is capable to kill ppl (even if only on certain maps) has an negative effect on the gameplay. HMC´s is in first place a healing weapon and should be only used for that and not for Killing/trolling ppl. Beside healing it still has a powerfull firemode which deals 150dmg afaik. And sure its worth a main weapon slot cause its still much better then the defi cause you can heal/unfreeze ppl over range and you dont need to come close for dmg someone.
"We never truly know how to appreciate something until we have lost it forever."
Top

Then you should also give the same consideration to A49, and any weapon with a knockback, such as railgun, X-83.
Top
Post Reply
1628 posts